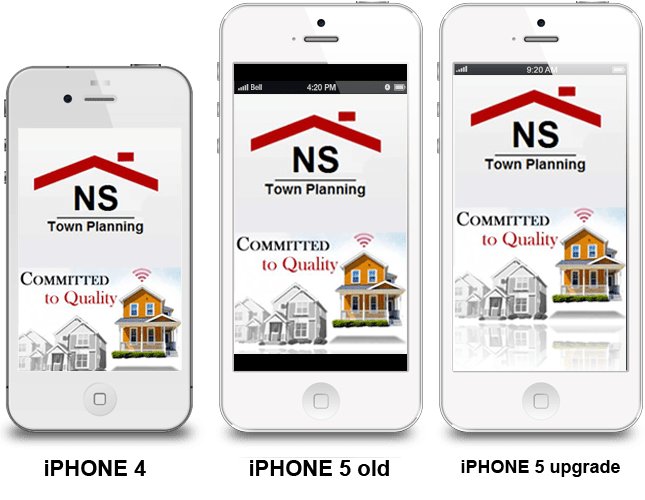 Recently, Apple launched iPhone 5 with its larger screen and new dimensions. It happens every year, but this time it comes with 4-inch screen which needs upgraded apps to fit with it. If you use iPhone 5 with those apps which were designed for iPhone 4, you’ll have letterbox with black bars on both sides of your phone’s screen. This is not good news at all for you. For that, you must get the upgraded version of those apps from the App store.

Developers are working hard to upgrade those apps to provide you an amazing experience of using bigger view of apps on screen. They are saying that the load of work completely depends on if the user interface of the app is inherently stretchable or not. For an instance, there are many applications that contain simple scroll views. In case of these apps, the upgrading work is very simple as they can easily remove those scrolling code and make it suitable for the screen size.

There an interesting way for the developers. They can keep all of the thinking behind by applying the extra space to doing something innovative. They should emphasize on the fact that how to utilize the extra space. What is the best thing they can do with that portion? Well, they can put extra buttons, or new contents for interacting with the app. And they must do something that is user friendly. Some may put all of the buttons to a single side so that it would be suitable for operating with a single hand.

Some apps can be upgraded with providing more information. In that way it can utilize the full space of the screen. For example, the weather app for iPhone Weddar was needed to be upgraded. The developer said that it was relatively very simple. There was nothing to do complex, it has been developed in such a way that they just come with more news on the new height space.

So, the upgrade process can be done simply if the layout of the app is simple. But the developers are not satisfied because they are doing this process without having any device in hands. And they have a lot of workload as many clients are handled by them and every client has a lot of orders.

Many people are there who don’t even know the fact of letter boxing. They will be installing the apps which are for iPhone 4 on the iPhone 5 and trying to find out what’s wrong with that device. For that, developers will have to face bad reviews if they don’t update these apps in time. Well, Apple is aware of this fact. They are ready to bring the upgraded apps as soon as possible.