Payment fraud increasing at an alarming rate in Australia

Payments fraud is a serious issue in Australia and it is growing at an alarming rate. According to reports, payment fraud has doubled in Australia over last 3 years.
A finder.com.au analysis of data from the Australian Payments Network has revealed there were around 2.7 million fraudulent transactions in Australia during the 2015/16 financial year; nearly double that of the 1.4 million 3 years earlier. Australians have lost around $531 million to credit card fraud in the 2016 financial year. 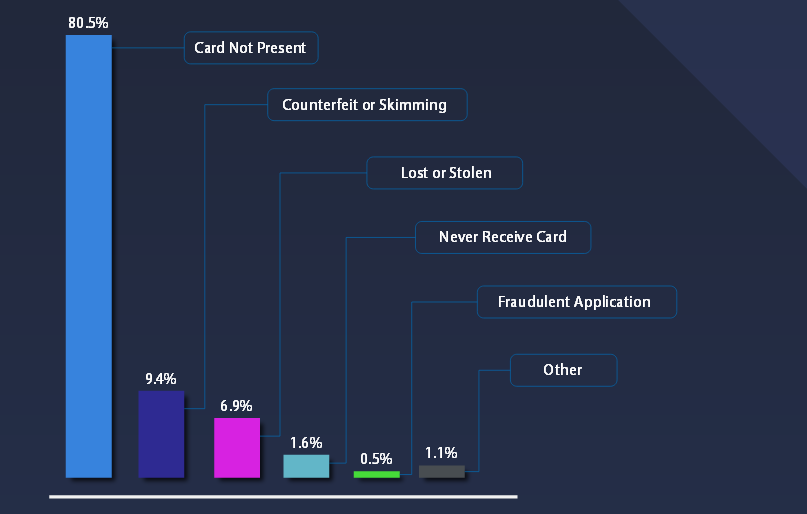 This occurs when valid card details are stolen & then used to make purchases or other payments without the card, mainly by phone or online.

This occurs when a credit or debit card is used fraudulently at ATMs or point-of-sale devices.

This is a practice of criminally copying the magnetic stripe on a credit or debit card through a small handheld device & then use the data captured by skimmers to clone as well as create fake cards.

Transactions made on a debit or credit card that has been reported stolen or lost.

Transactions made on a credit/debit card where the account was established using someone else’s identity or other false information.

Transactions made on a credit/debit card that was stolen before it was received by the owner.

Covers fraudulent transactions that cannot be categorised under any of the above mentioned fraud types. For example, identity or account takeover.

Why Card Not Present Fraud is growing so fast?

Despite new technologies being available to protect against payment fraud, Card Not Present Fraud is growing much faster than eCommerce growth in Australia. Since 2013, Card Not Present or CNP fraud has increased almost 5 times faster. Most of this fraud is likely due to phishing & malware attacks as well as large-scale data breaches.

How can merchants stay safe?

Most financial organisations in Australia are adopting new technologies in order to combat card fraud. However, CNP is still alive and well. Hence, merchants should implement a few simple measures into day-to-day practices so that they can protect themselves as well as their customers from card fraud.

These are a set of security standards designed in order to make sure that ALL organizations that accept, process, store or transmit credit card information maintain a secure environment.

There are many e-authentication methods that can be used in order to authenticate a user’s identity ranging from a password to higher levels of security that utilize MFA or multifactor authentication.

Tokenisation is one of the best security methods that replaces sensitive card information with unique identification symbols that is of no value to cyber criminals.

The fraud detection tools are also very important for identifying as well as stopping payment fraud in real time.

As payment fraud is growing at an alarming rate in Australia, it is important for merchants to implement the above mentioned measures into day-to-day practices so that they can protect themselves as well as their customers from payment fraud.